Today we discussed the meaning of groundhog day and made this cute craft. Mr. K actually helped the little ones make it rather then making his own...he is so great with them. 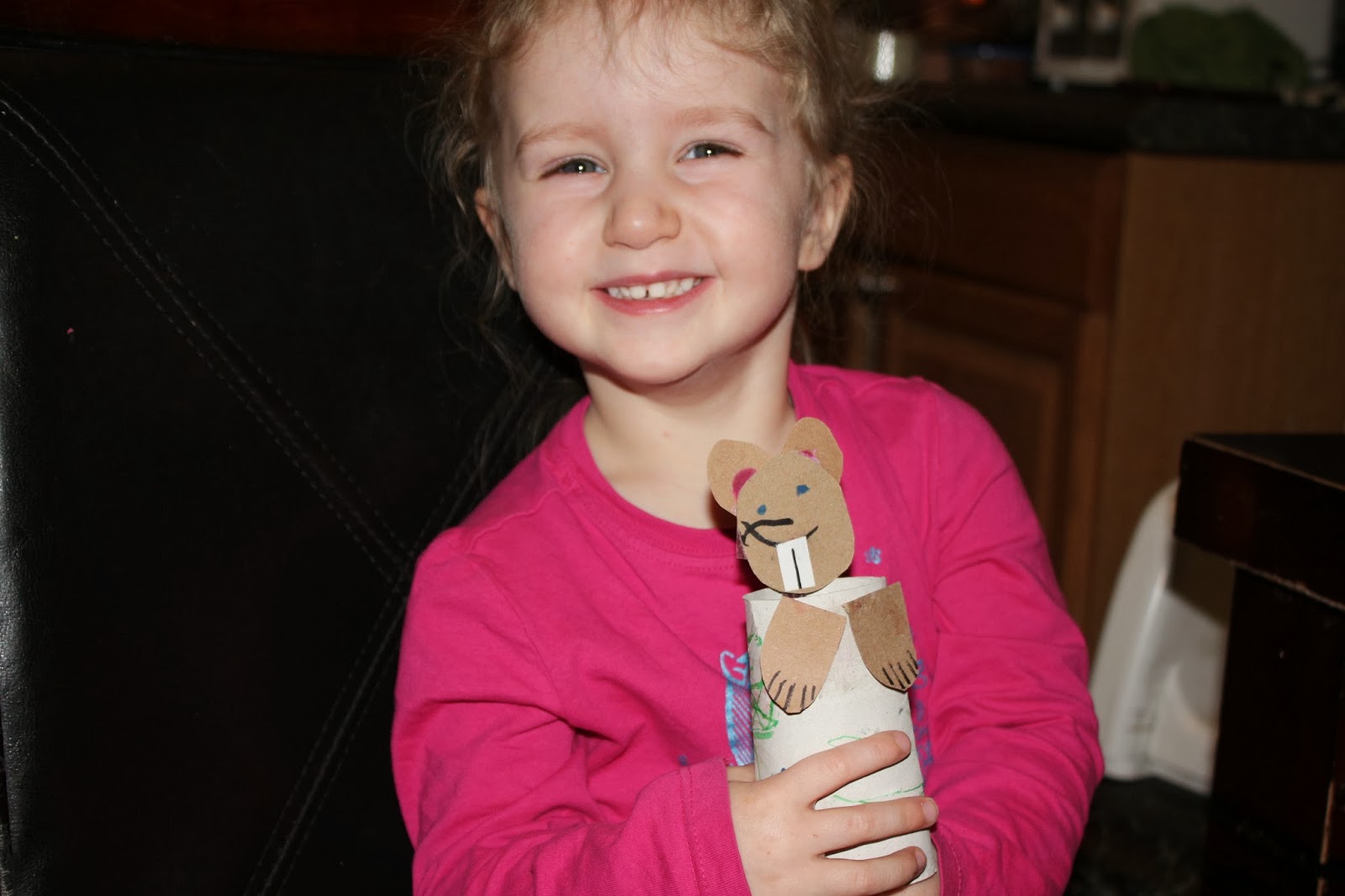 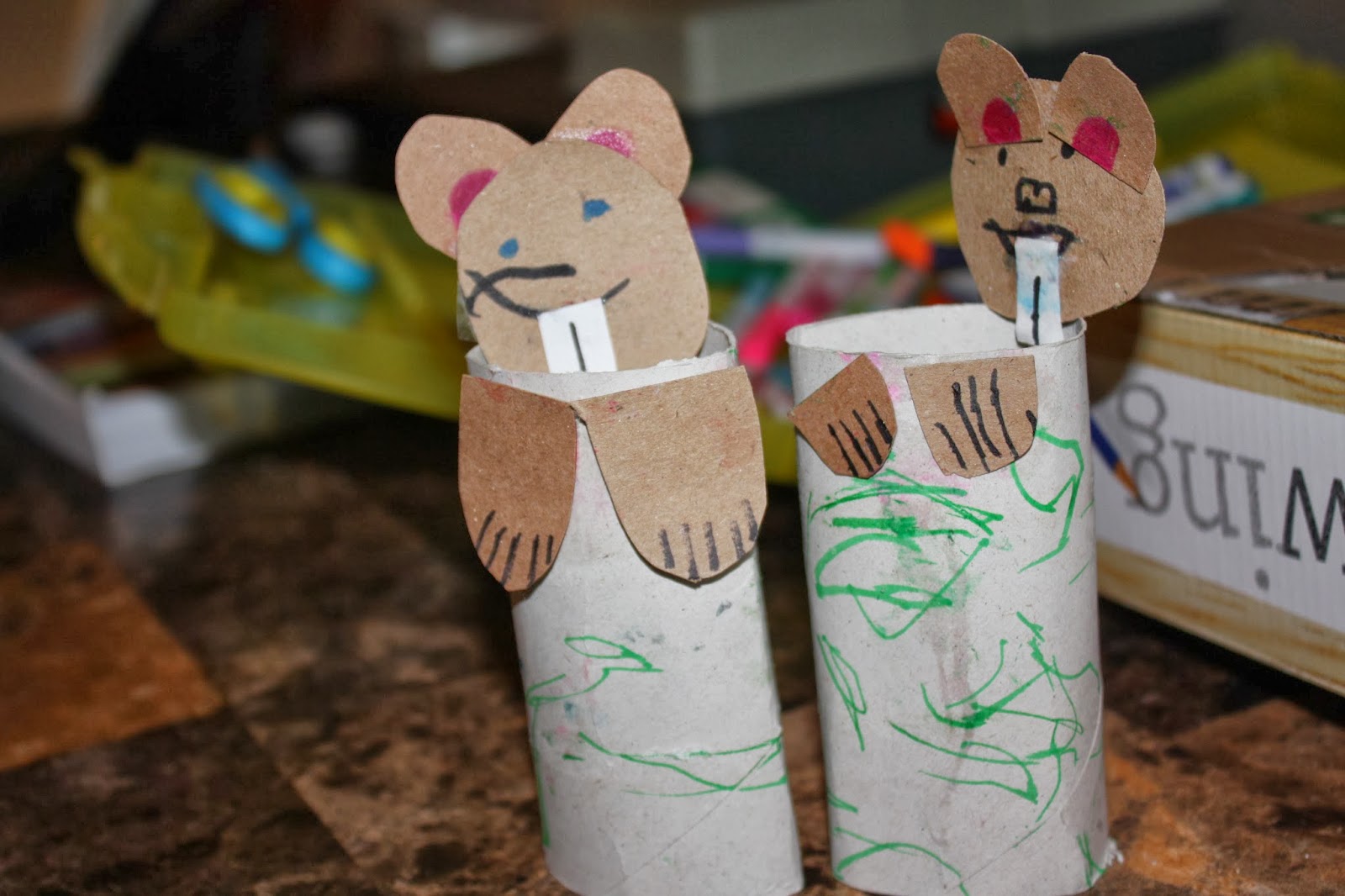 The picture below is what happens when my 2.5 year old daughter makes a craft. 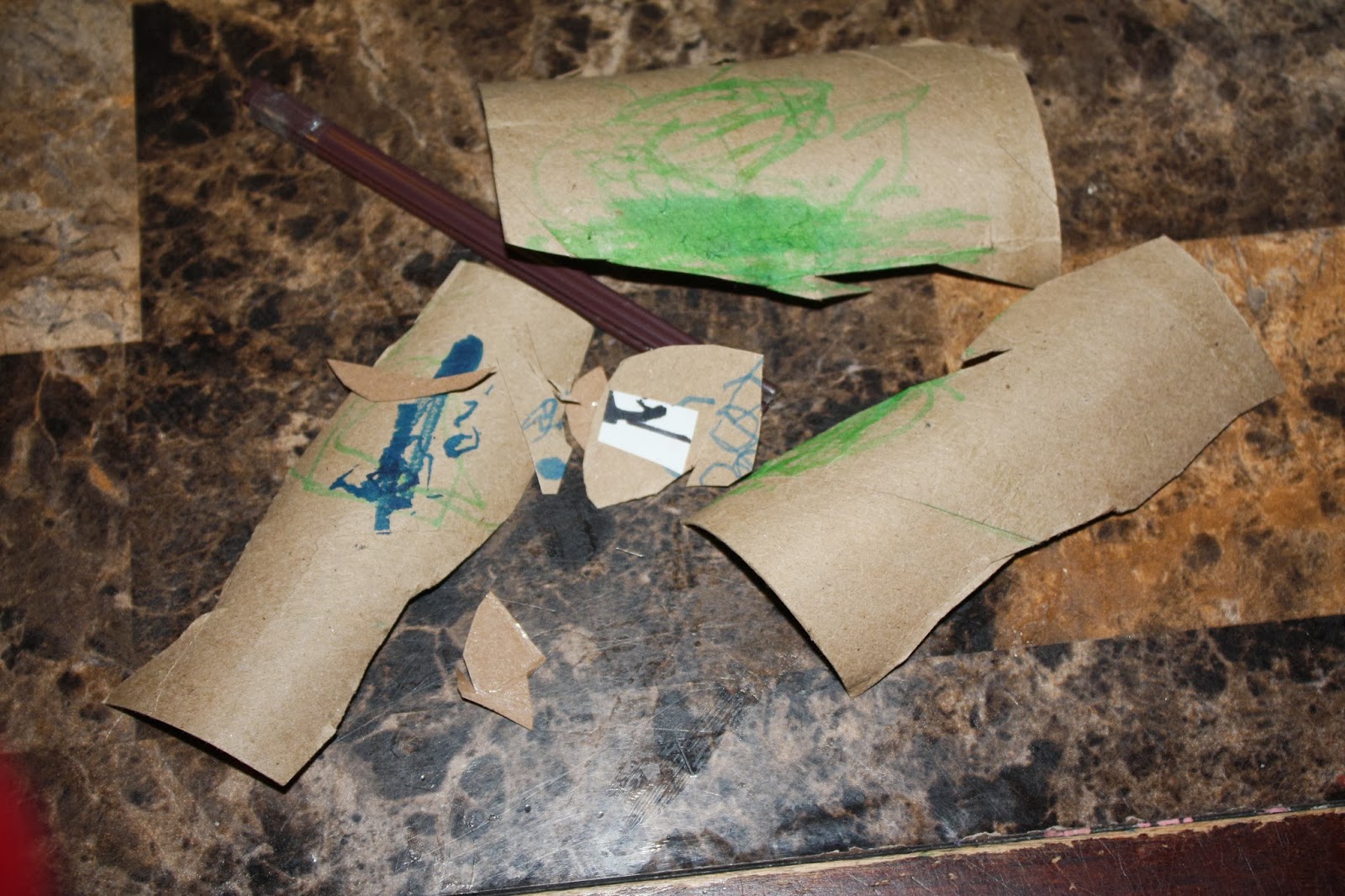 She has a bit of a "cutting" obsession right now! LOL
During our discussion Mr. K asked what the difference was between a ground hog & a beaver.  We both discussed the obvious differences (beavers live in water, ground hogs live in burrows etc.)  He wanted to draw a picture of a groundhog for his unit study book but wasn't sure what one looks like so he asked me to google it.
I googled an image and while he was drawing googled and found this page:
http://www.differencebetween.com/difference-between-woodchuck-and-vs-beaver/
While he drew I read the page to him and at the bottom there is a chart for comparing the two.
Something really cool happened next!  I took out a piece of lined paper & made a little chart the same as the one on the internet. Mr. K grabbed a piece of paper & said "mom lets do one of these!" excitedly. 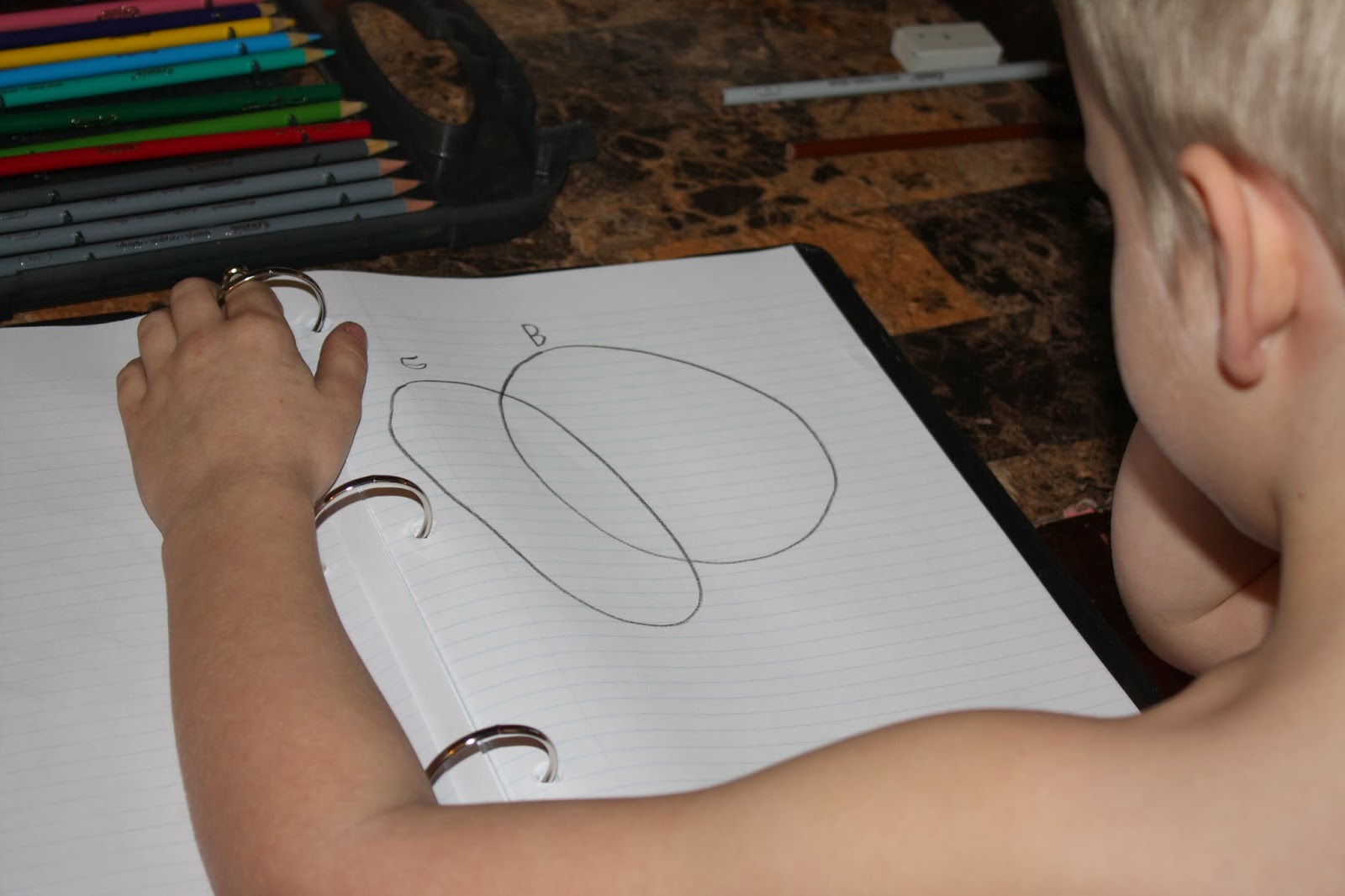 I was very surprised & said "do you know what that's called?"  he said no and I said "it's a Venn diagram".  I know it's really not THAT exciting but I was very excited he thought to make one & that he was so excited to get filling it in. 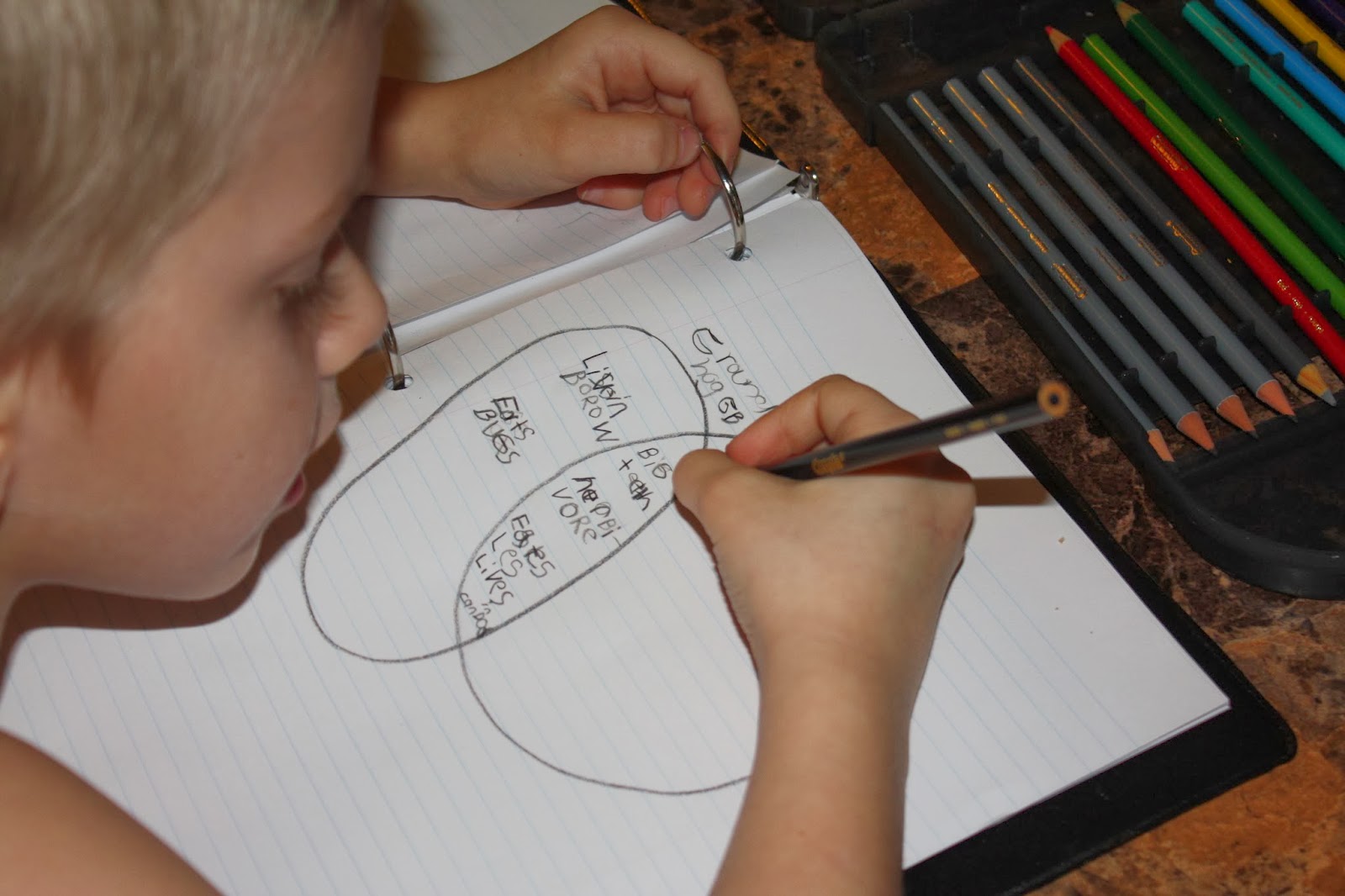 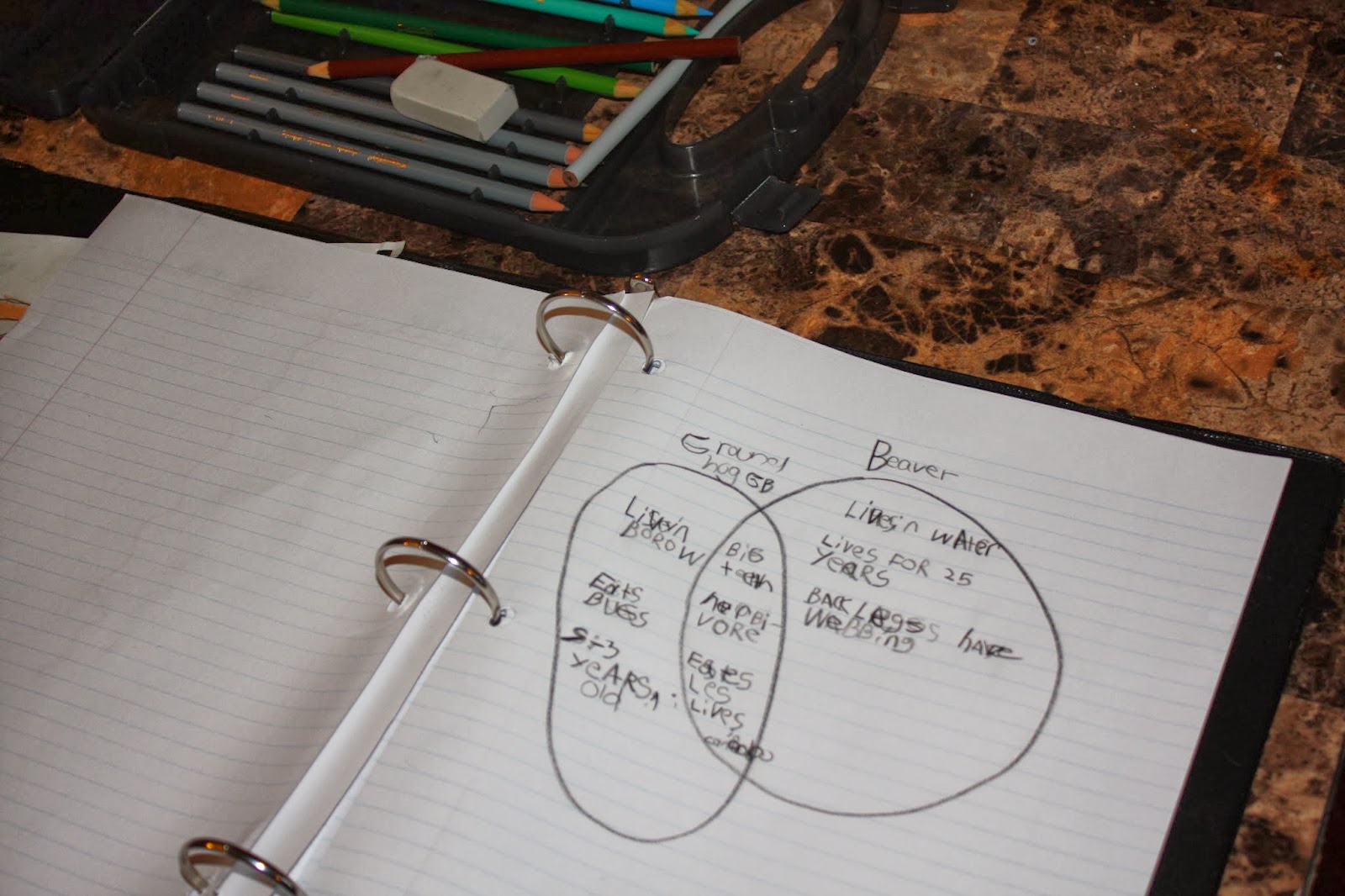 I am so proud of Mr. K today! He has come so far lately in his spelling & in his reading....before homeschooling he struggled so much with it. What I am most proud about him though is that he is really starting to develop a love for learning new things :)
Posted by Unknown at 8:04 AM