Sometimes things don't turn out as planned...but you make the best of it!

We set out to do this experiment that I found on Pinterest:
http://inspirationlaboratories.com/valentine-candy-science-dancing-hearts/

It looked really cool & K was very excited  to try it! Our hearts didn't end up "dancing" as much as K would have liked...  but it was still fun.  Also, him & little M really got a kick out of taste testing the candy hearts after being soaked in vinegar (ick!)

I was also really impressed with K because he also added his own little spin on the experiment & asked me if he could make a prediction in his science journal & record how long he thought it would take for the candy hearts to dissolve.

Here are the materials we used: 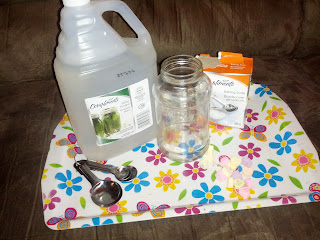 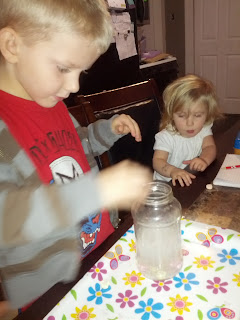 Here are our "dancing hearts": 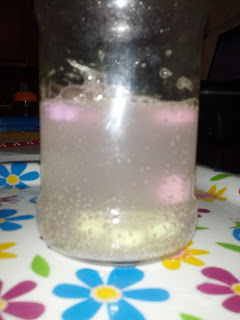 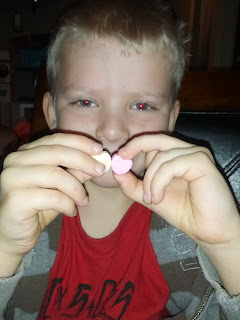 This is K comparing the size of a regular candy heart to one that had been soaked on vinegar, baking soda & water for a few minutes. He thought it was really cool that it had shrunk! 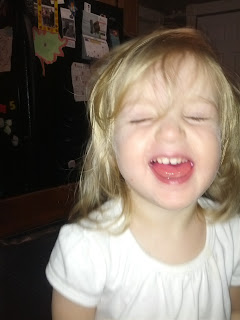